(HARRISBURG) – The Senate Judiciary Committee, chaired by Senator Lisa Baker (R-20), met today to consider the nomination of Suzanne V. Estrella, Esq., as Pennsylvania’s Victim Advocate. In addition, the committee considered three pieces of legislation aimed at protecting the rights of children and crime victims, and safeguarding the Commonwealth from ransomware attacks.

Pennsylvania’s Victim Advocate is a position that is crucial to the support of victims and advancing meaningful measures to provide them with justice.  Following remarks and discussion, Ms. Estrella’s nomination was unanimously approved by members of the Senate Judiciary Committee and now advances to the full Senate for consideration.

“The position of Victim Advocate is extremely important,” Senator Baker stated.  “The responsibility of this position runs on two essential tracks, raising awareness of the hurdles facing victims who seek justice, and putting in place the mechanisms that effectively address these needs and problems.  Ms. Estrella is immensely qualified for this position.  As an attorney, she has spent extensive time working in legal services. She has been part of the team dealing with juvenile and adult offenders, and in addition, she has conducted legal and legislative work in her previous role as Legal Director with the Pennsylvania Coalition Against Rape.  Her extensive experience and dedication to helping victims will undoubtedly serve her well in the position of Pennsylvania’s Victim Advocate.”

Ms. Estrella is a constituent of Senator Lisa Boscola (D-18), who emphasized her qualifications and character.

“The 18th Senatorial District is proud to learn that one of our own, Suzanne V. Estrella, Esq., has been unanimously approved by the Senate Judiciary Committee to be considered by the whole Senate for the position of Pennsylvania’s Victim Advocate. Ms. Estrella is a passionate advocate who will fight for our constituents and ensure every crime victim has a voice. I am proud to support her and look forward to working with her office to support Pennsylvanians who need us the most.”

House Bill 156, introduced by Representative Clint Owlett (R-68), amends the Tender Years Hearsay Act to permit the introduction of out-of-court statements, made by children 16 years of age or younger, concerning violent or sexual offenses. Currently, under the Act, such statements are admissible if the child was 12 years of age or younger at the time the statement was made and the court finds that the child is unavailable as a witness due to the substantial emotional distress that would render the child unable to reasonably communicate if forced to testify.  This fear of testifying is one of the primary reasons the great majority of sexual assaults go unreported. By extending the age from 12 to 16 in the Tender Years Hearsay Act, this legislation will add additional protections to child victims and will ensure that offenders are brought to justice.

Senate Bill 708 introduced by Senator Camera Bartolotta (R-46), amends the Crime Victims Act to make numerous changes to victims’ rights and compensation.  This legislation is part of the Justice Reinvestment Initiative, a bipartisan package of criminal justice reform bills. The other two pieces of legislation, which strengthened public safety and reduced prison and probation costs, were signed into law in the last legislative session. The bill would reinvest savings generated through the companion legislation into victim services, streamlining the entire process and making sure more victims receive the help they need.  SB 708 ensures that all victims understand their important role in the system and are not further victimized by the process.

In addition, the committee approved legislation to deter and prevent ransomware attacks against the Commonwealth.

Senate Bill 726, sponsored by Senator Kristin Phillips-Hill (R-28), amends Title 76, to ensure Commonwealth agencies have strong capabilities in place to discourage, combat and recover from ransomware attacks. These capabilities include measures to make illegal the possession, use, or transfer of ransomware, as well as prohibiting agencies from payment of ransom. Additional measures will help restore systems and captured information quickly, and provide timely public notification of such attacks.  Ransomware is a type of malicious software designed to block access to a computer system until a sum of money is paid. The software locks the user out of their files and/or device, then demands an anonymous online payment to restore access.  This legislation will discourage ransomware attacks by reducing financial incentives for extortion, by shortening the duration of disruption to our agencies’ services, and by expanding prohibited acts subject to criminal prosecution.  SB 726 was passed by the committee with bi-partisan support by a vote of 13 to 1. 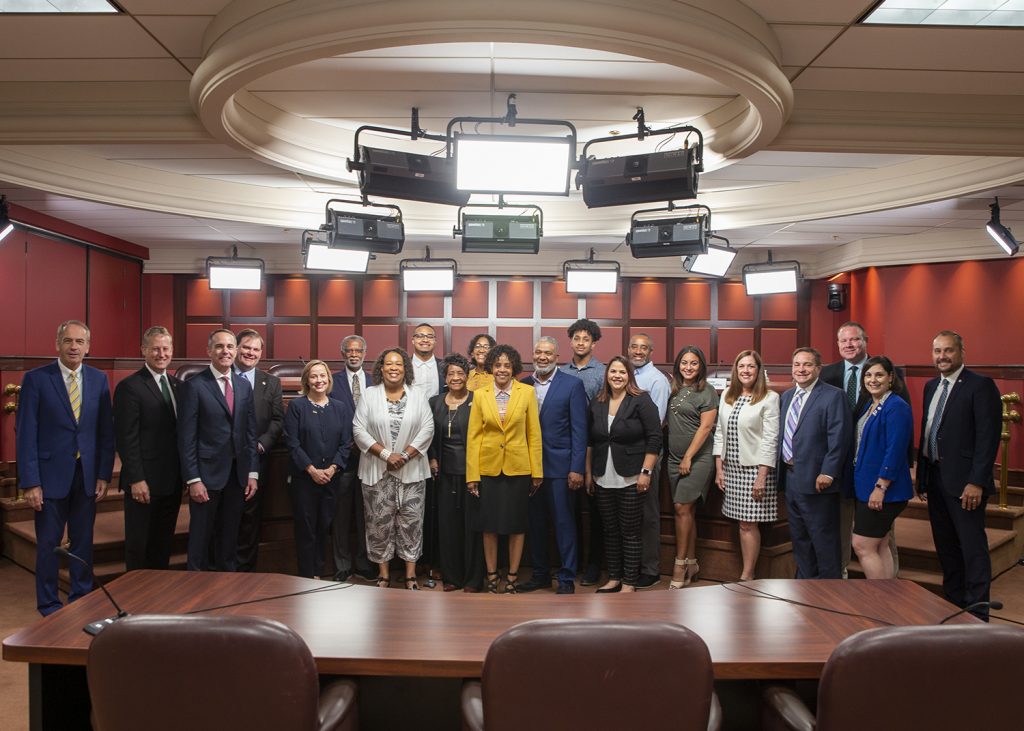